This feature comic contains mild sexual references. If you can’t handle that, go ask your mommy to go buy you an Intro Pack.

Anyway, the party was going great. We’d just conquered Mirrodin and all of us were there. Except Urabrask, who was hiding as usual.

Then Sorin showed up and started getting all emo.

I tried to comfort him in my ‘own special way’, but then Sheoldred called me a slut so I called her fat and somehow we all ended up on Innistrad. 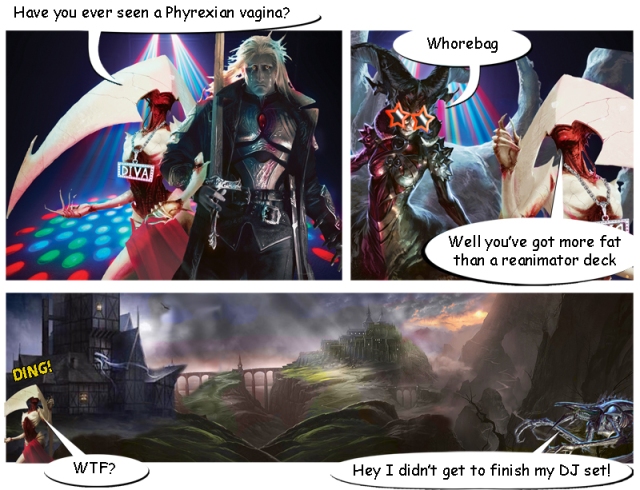 Bit of a bummer, but Sorin like owns this place. And apparently humans make great cocktails. So I suggested we go straight to his pad.

We met some of his friends…

…but they were a bit weird.

So as the party got into progress I managed to comfort Sorin enough to drag him into the cellar.

The next morning, Sorin wasn’t crying and being emo so much. I think he just needed to get laid. It was time for his….

Then he took me around to show me the place. These are some of the highlights: 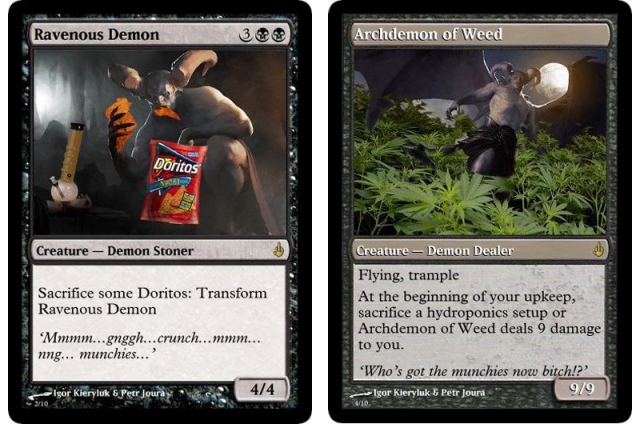 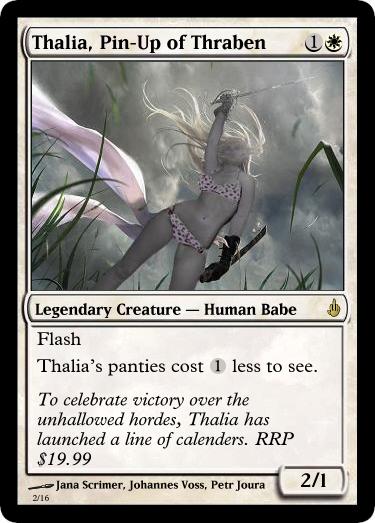 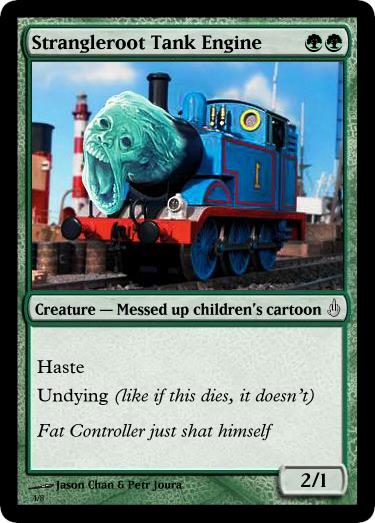 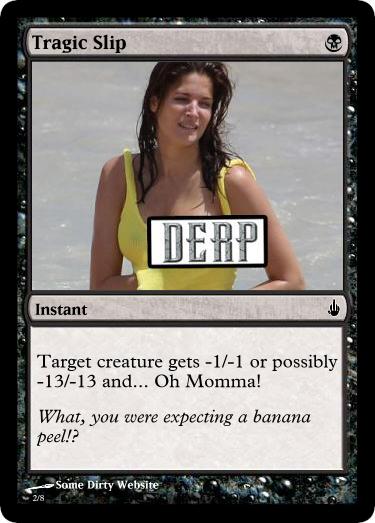 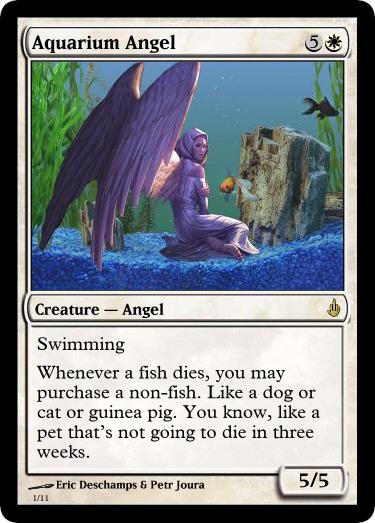 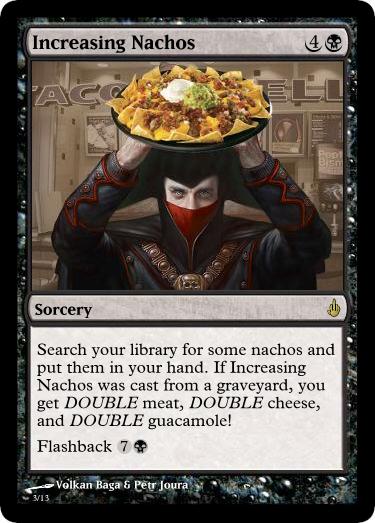 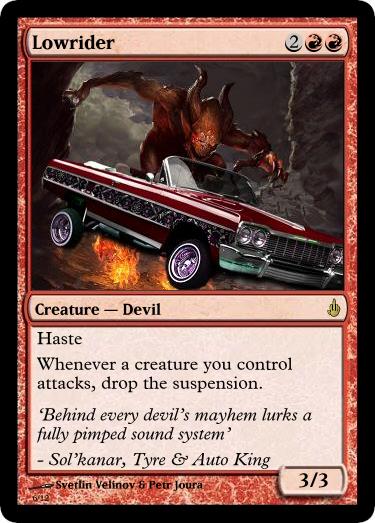 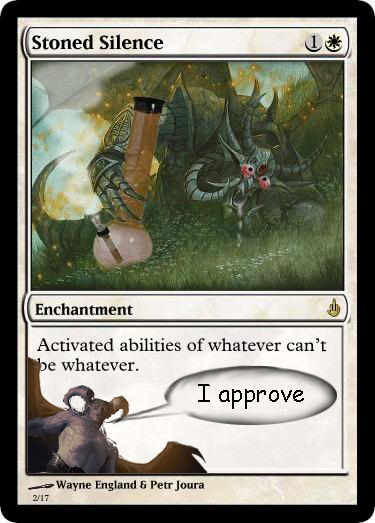 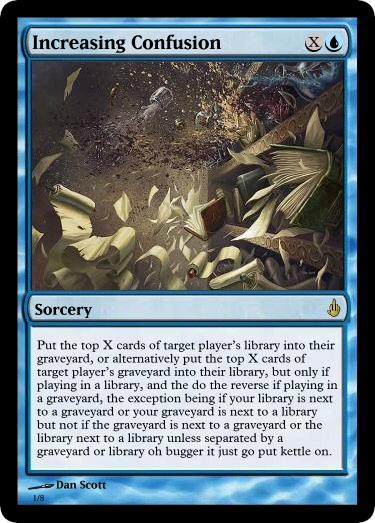 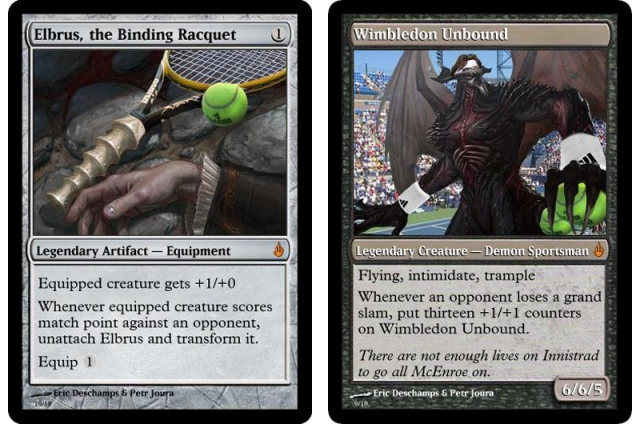 And when it was all over, we found our favourite spot by the sea-side. 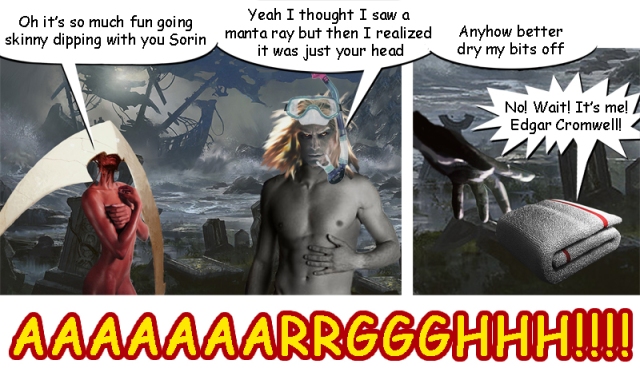 I am a 27 year old werewolf from Sydney, Australia. My main ambition is to get more money from the government.
View all posts by sanitycleaver →
This entry was posted in FEATURE COMICS, Parody MtG Cards and tagged Comic, Dark Ascension, Elesh Norn, Innistrad, Magic, MtG, Sorin. Bookmark the permalink.